Unconventional encounters can potentially be the basis for lucrative future co-operations. With this in mind, in the middle of December, the Vogtland entrepreneur Steffi Volland invited seasoned textile companies from several federal states to join successful internet start-ups at the Malzhaus in Plauen. The topic of the network meeting, which developed out of an idea proposed by the Federal Minister of Economic Affairs, Philipp Rösler, during a summer USA trip with these internet start-ups and the Oelsnitz textile companies representing the promising future of the 'old economy' was: 'Opportunities for companies through the leveraging of digital media and new financing streams'. 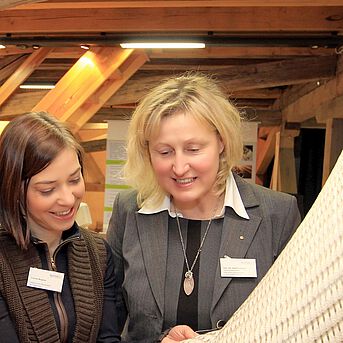